ATX Kids Club is expanding its Board of Directors and Committee Members. Please send your letter of interest to info@atxkidsclub.org.

Tamara Alaryan, Board President
As a guardian ad litem, Tamara advocates for the best interests of children in high conflict custody cases. Previously, she was a children’s advocate at a domestic violence shelter in Austin, a counselor and researcher at an ADHD summer camp in New York, an intern at the United Nations’ refugee camps in Jordan, a volunteer at schools and special needs groups in Sri Lanka, and an English professor at an all-women’s university in Japan. Tamara’s experiences abroad have taught her the value and importance of experiential learning outside of the classroom, and is why she not only believes in ATX Kids Club’s mission but is thrilled to be contributing towards it as well. 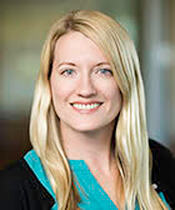 Laura Fauber, Vice President
Laura is an attorney who serves as in-house counsel at the National Instruments Corporation, a multi-national technology company headquartered in Austin. Prior to joining NI, Laura spent several years in private law firm practice where she provided pro bono counseling and advocacy to several organizations supporting children, education, and underserved small business owners. After enrolling her son in ATX Kids Club and observing the joys and wonders that summer camp brought him, Laura joined the Board to assist in furthering the organization's significant impact on kids in the Austin community. 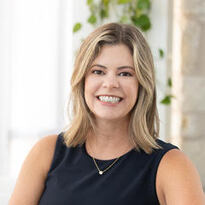 Courtney Wright, Secretary
​Courtney is an attorney and behavior analyst. She is the CEO and General Counsel of the Children's Autism Center, a multi-disciplinary provider of clinic and home-based services in Austin, Round Rock, and New Orleans. Courtney has always had a passion for children and is impressed with the mission of ATX Kids Club. Her two boys have enjoyed their adventures immensely and she looks forward to assisting ATX Kids Club in continuing their mission. 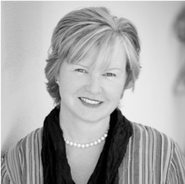 Tamzin Cochrane, Board Member
Food activist and childhood nutrition advocate, Tamzin helps companies and schools educate and create a culture and environment that truly supports healthy eating. Her company, Pinny and Trowel, has been a longtime partner of ATX Kids Club’s in creating educational and engaging activities for ATX Kids Club children. Tamzin has been a supporter of ATX Kids Club for years and has recently joined as a Board Member to further the organization's mission.

Madalina Campagna, Board Member
Madalina Campagna is the Operations Manager for the Gift and Estate Planning Team at the University of Texas at Austin Development Office. She is the primary liaison between the Gift and Estate Planning Team, UT System, and university colleges, schools and units on matters relating to distributions from estates and testamentary gifts to UT and helps manage marketing, communications, stewardship and onboarding. A UT alumna, Madalina started working at UT Austin in 2016 and previously worked for the Center for Enhancing Philanthropy at UT System. Prior to this she held roles in grant writing, legal research and gift and estate planning. She has proven to be an invaluable resource as an ATX Kids Club Board Member.

Joe Barton, Board Member- In 2014 Joe relocated from Canada to begin his career in Austin as a Game Developer with his two young kids. They have enjoyed learning and exploring the Austin area together since they arrived. The following year he enrolled his kids into ATX Kids Club, which they have insisted on returning at every opportunity. After seeing first hand the positive effect the program had on his children he wanted to help ATX Kids Club and has since joined the Board of Directors to do so.